TULPA – The Palace Of The Spirits 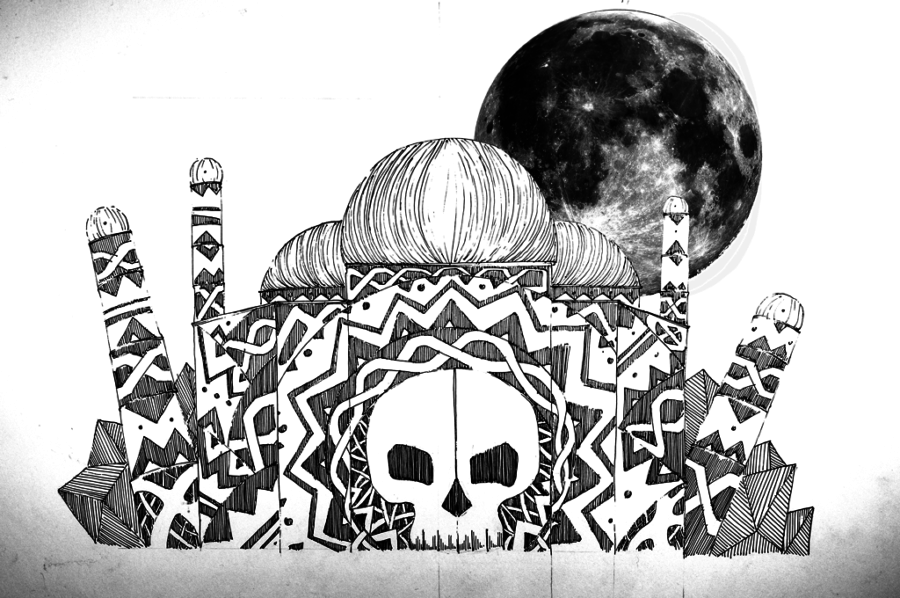 Home » Personal Projects » TULPA – The Palace Of The Spirits

Audiovisual installation that invites the spectator to join us to co-create and share dreams. The guest can use the front of the Palace of Spirits as a whole canvas or as a coloring book. It can be designed in an interactive process by painting the facade as it was a big digital live graffiti.
We propose an installation by combining live-video mapping, analog and digital arts. We build a projection area in the shape of a palace inspired by different global cultural elements. The form of the palace reminds of the Taj Mahal, the gate will be a 3D skull referring to Mexican culture, and the details around on the surface of the projection area will create a mandala as it is present in Buddhism.The surface of the palace has a similar texture like the surrounding landscape, giving the illusion during the day that the palace arises from the ground. Darkness separates the installation from the outside world. By showing the progression of luminous shapes in motion, the site becomes a space of suspension.The prolonged contemplation of the projection, a close observation of its mutation that, eventually, becomes an hypnotic and captivating device. In the background of the palace the citizens will see a 3D animation of a slowly rotating moon projected on a circular screen, creating a space between light, video, and gravity. The oversized 3D projection of the moon shows the unique beauty of our neighbour in space. At the same time, the rotation of the animation will give an insight into the overwhelming energies and forces which exist in our universe. Both together will give impression as if the moon left its natural orbit and is coming closer to the earth, to the spectator, to us – increasing the perception of force and gravity and limit ourselves to our pure and naked existence. The illusion can be based on the spectator ability to see in three dimensions even though the surface is only 2D. The alteration of the light suggests that the projection is temporally distorted – it is an image that is totally different from the object.