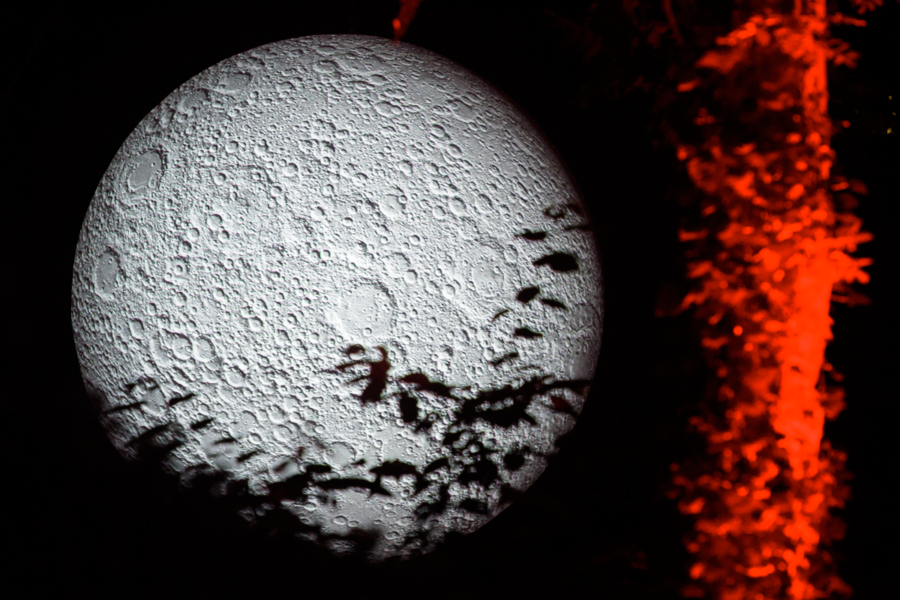 The moon is our closest neighbour in space, but its distance and size related to the earth are unusual mistaken. It is kept in its orbit by the complex interplay between immense forces – the gravity of the earth, sun, and the surrounding planets and its own centripetal force. These forces pull an object into a curved path as it attempts to fly off in a straight line. When an object is pulled towards the massive body, it may happen, that gravity causes the object to leave its natural orbit and fall onto the massive body.
The Orbits project creates a space between light video and sound. The installation consists of a 3D animations of slowly rotating planets projected on a circular screen.
The installation offers an overwhelming experience by exploring orbits and their gravitational energy