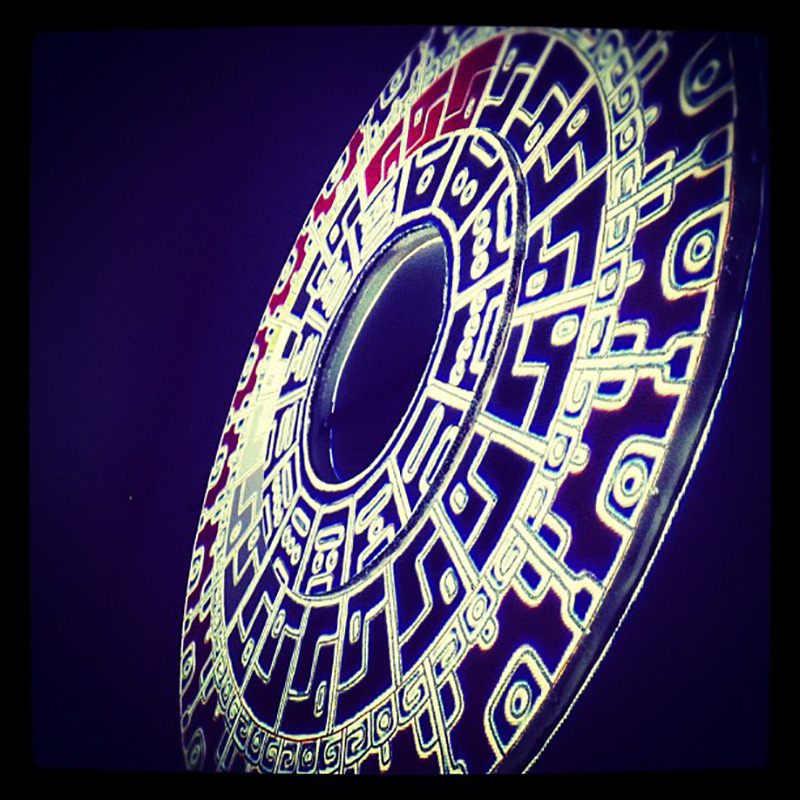 In a dark room, the spectator finds an installation representing the maya calendar. 13.0.0.0.0 Its a mix between illustration, volume, animation, sound

13.0.0.0.0 is an approach to the issue of Time through a visual interpretation of its transformation and states the coincidence between the end and the beginning, by showing the progression of luminous shapes in motion. Furthermore, it provides an ironic interpretation of the fear for an imminent apocalypse, by offering a visual “spectacularization” of an universal symbol – the Mayan Calendar.
13.0.0.0.0 is the first day of the thirteenth “baktun” (the longest unit of time in the Mayan Long Count Calendar system, which equates to 144,000 days). The days are counted starting from August 11th, 3114 a. C., and they complete their cycle of 5125 year on December 21st, 2012, the first day of the thirteenth baktun. The importance of accomplishing an entire evolutionary cycle – which means the conclusion of the present cosmological era and the beginning of a new one – prompted the Western speculation and the genesis of a certain eschatological belief, that connects this date with the end of the world.

Starting from the assumption that the concept of apocalypse is by all means a Western creation, this exhibition proposes an ironic answer to the fear of an impending catastrophe, and focus on our need to be responsible for the features of this change, putting it into practice in our individual and daily life. The end of a cycle coincides with the beginning of another, thus it is an important opportunity for mutation and development. Broadly speaking, 13.0.0.0.0 is an exhortation, as well as an implicit question about the socio-political changes that the arts could achieve.
The site of the exhibition becomes a space of suspension. Darkness and silence separates the installation from the outside world. The prolonged contemplation of the projection, a close observation of its mutation that, eventually, becomes an hypnotic and captivating device.